His All-Holiness spoke about Fr. Stavros’s contribution to the area of pastoral care worldwide as well as focusing on his coordinating the Patriarchal Network. In response, the new Protopresbyter of the Ecumenical Throne referred to his love and affection for the Ecumenical Patriarchate from his youth. He spoke regarding the  present crisis facing pastoral care saying: “Today the pastoral ministry of the Church, and all the world as a whole, is in a grave crisis because it has forgotten what “remembrance” means and how this is related to historical memory…If we do not know where we came from and where we belong, we will not understand where we are today and what path we are to take in the future. Without this historical remembrance, the Eucharist will lose its diachronic meaning – the “do this in remembrance of me”. Ungratefulness and the lack of love will dominate. We will repeat the same mistakes of the past and will not be able to obtain a wholesome ecclesiastical identity in order to face today’s needs.” He also stated that “many criticize the Patriarchate saying that it is not involved in ‘social action’. Yet, the Patriarchate is the spinal cord which supports everyone in a special way, greater than every kind of ‘social action’. This support is the “Remember Lord” of the Patriarch, which is the greatest pastoral support that exists in all the world and for all the world”. In a moving manner, he spoke of how the “Offikion” honors  all those that have contributed to the founding and successful development of the Patriarchal Network, especially his co-workers in the Metropolis of Rhodes and the members of the Organizing Committee. Lastly, the new Protopresbyter of the Ecumenical Throne, pledged to the Patriarch that he will always remain by his side as a simple servant and that he will serve the Patriarchate with fervent love and dedication so that the caring love of the Mother Church will shine throughout the oikoumenoi (world). 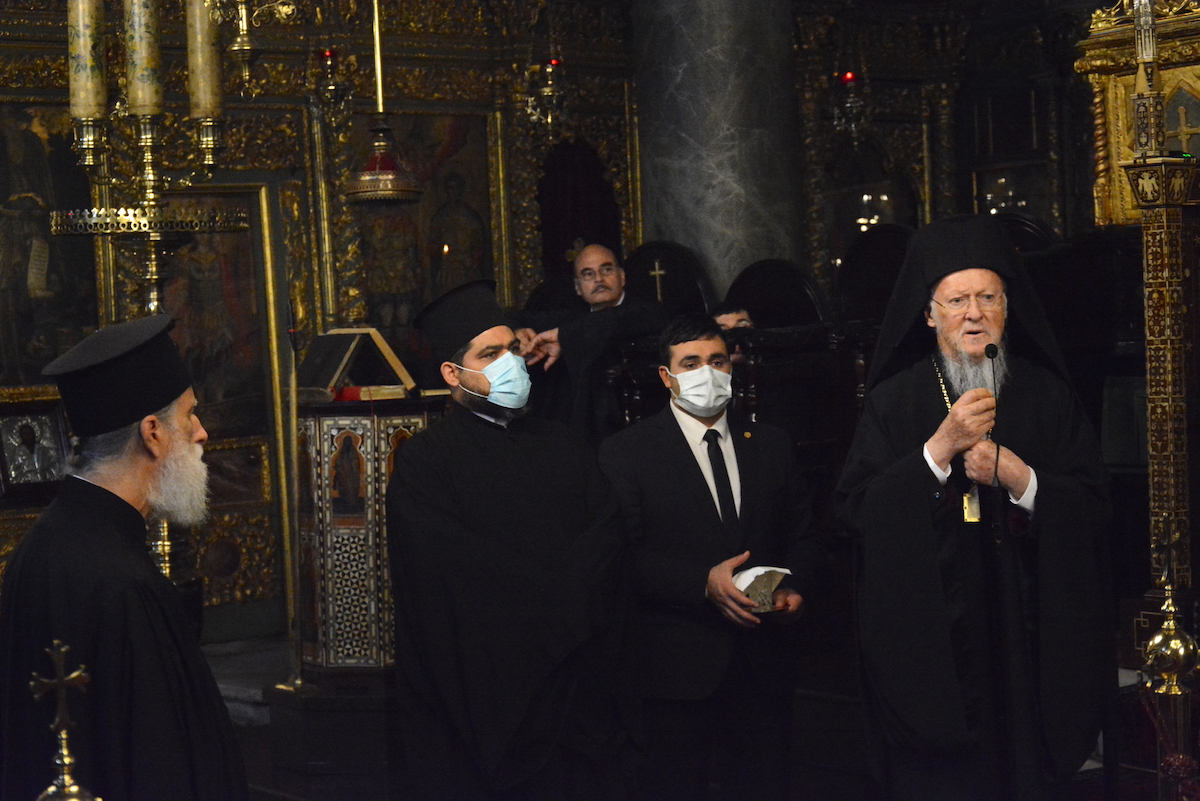 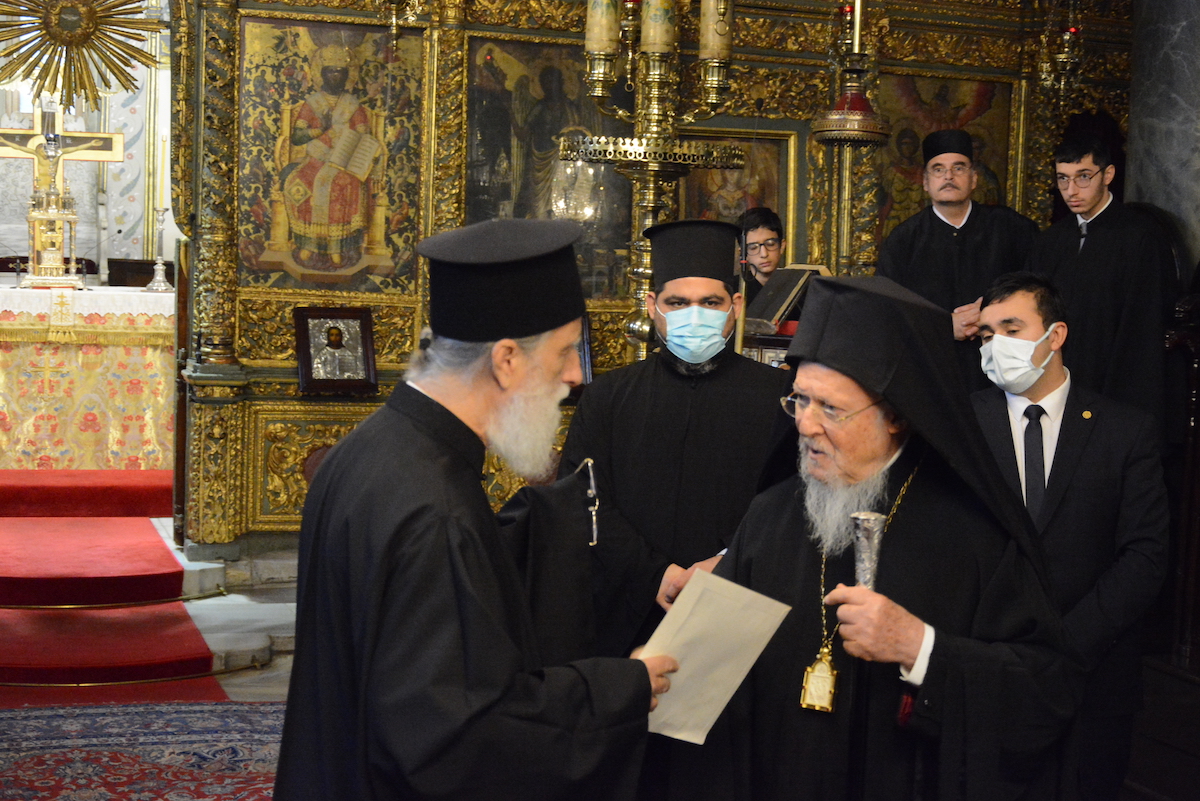 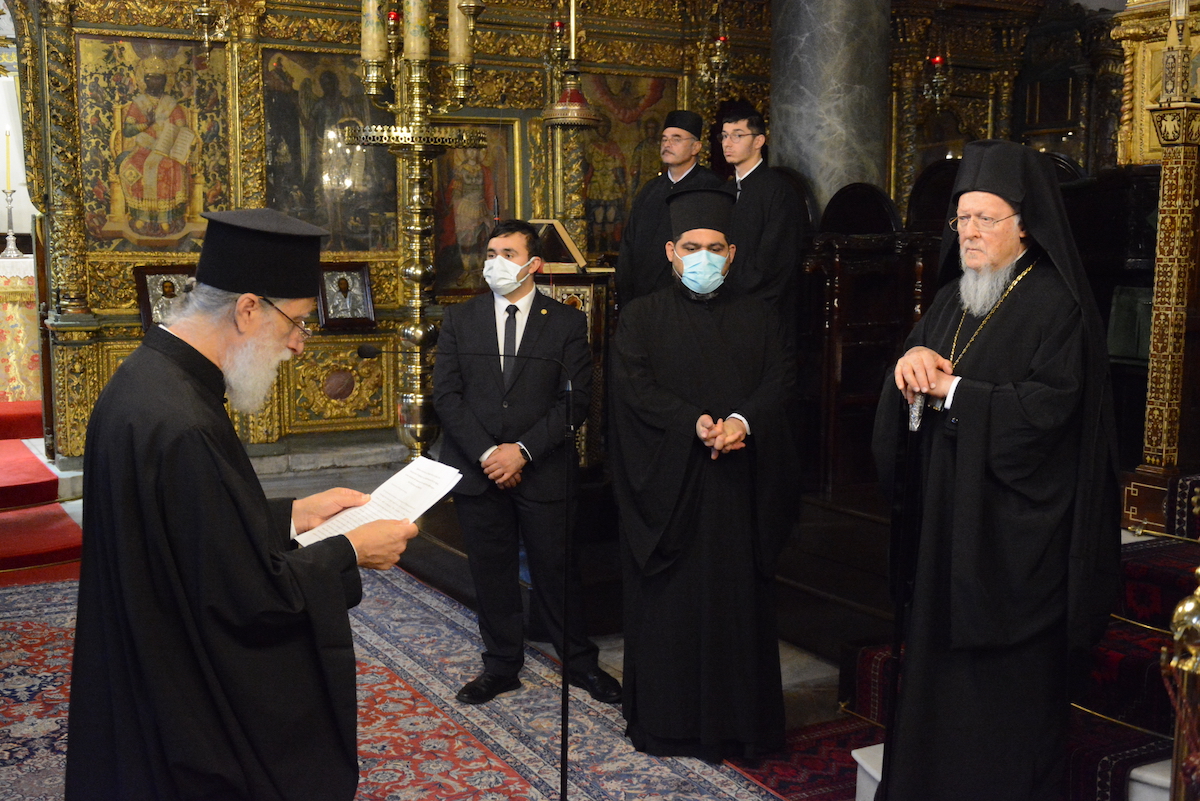